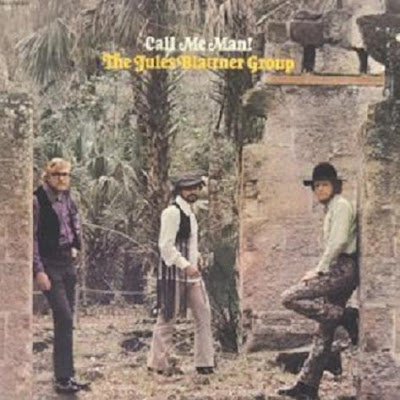 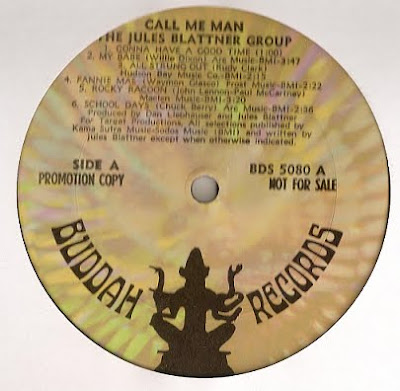 Jules Blattner is a rock & roll original, from a town that spawned one of the great founding rock & roll originals, Chuck Berry. Born in St. Louis, MO, in 1941, he was a young teenager when the music caught on, and was already making plans to do something with it when the music began roaring up the chart in 1955. At age 15, in 1956, he organized his first group, Jules Blattner & the Teen Tones. Evidently, they were the first rock & roll band (or, at least, the first white rock & roll band) ever seen in the area, made of kids from around there (and so young that Blattner's mother drove them to their gigs in the early days), and they had the field to themselves. And for quite a while, on that lower end of the rock & roll business, they cleaned up, playing hundreds of local shows over the next few years. In 1959, they also got noticed by Bob Lyons, who owned a small local label, Bobbin Records, and decided to record them. The resulting single, "Rock & Roll Blues" b/w "Gambling Man," cut at Lyons' garage studio, is regarded as a classic of late-era rockabilly, and even got good reviews in Billboard and Cashbox. It hit number eight locally in St. Louis, which was enough to generate a second single, "Teen Town" b/w "Green Stuff." And thanks to their local standing, they got to share stages with such national luminaries as Jesse Belvin, Brenda Lee, the Isley Brothers, and Little Richard when they played St. Louis.For all of their success on-stage, Blattner's records never reached a national audience, and not even a switch to the larger K-Ark label, based in Nashville, in 1960, solved the problem. He shifted a bit with the times, rechristening the Teen Tones as the Twist Tones in the early '60s, and later switching to the more all-purpose Jules Blattner Group. He also cut his first LP, A Musical Tour of Gaslight Square, named for the center of the St. Louis music scene and issued on the Norman label in 1964. The latter company was owned by Norman Weinstrorer, a producer and businessman who'd been involved with Buddy Holly early in the latter's career on Coral Records. By late 1964, he was on Coral himself and made his debut for the label with a searing cover of Chuck Berry's "No Money Down," which got a great review but did little business. And Blattner made much closer contact with the St. Louis-born legend the following year when he and his band ended up backing him (without credit) on an album titled — incongruously enough — In London, which included Blattner's "Butterscotch Twist," rewritten as "Butterscotch."
Blattner's brand of rock & roll was out of favor nationally during the second half of the 1960s, but he was always able to make something of a living on-stage. Recording success continued to elude him, though he had a couple of close brushes with serious chart action in the early '70s, while signed to Buddah Records (where one of his three LPs was a somewhat spacy, psychedelic/conceptual release, conceived and recorded very long after its appropriate era, credited to Seluj Renttalb, which was "Jules Blattner" spelled in reverse). He only ever really slowed down during the disco era in the second half of the 1970s, when the work dried up. He was forced to work a regular day job for a time, but by the 1980s he was back playing regularly again, and has never stopped since — even in his sixties, he works at least two nights a week, and is regarded as a musical institution in the St. Louis era. What's more, at the end of the 1990s, the German-based Buffalo Bop label re-released his Bobbin Records sides on two of their CD compilations of classic rockabilly. His version of Berry's "No Money Down" also appeared on Bear Family's That'll Flat Git It!, Vol. 9 rockabilly anthology. And in 2004 the German Hydra Bck label issued an entire Jules Blattner CD compilation covering his early rock & roll and rockabilly sides going into the mid-'60s. 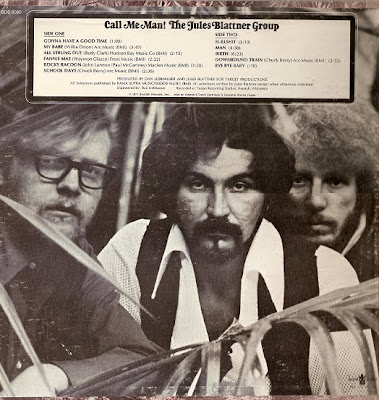