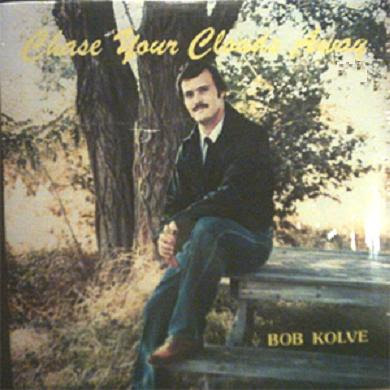 From the back of cover

It is not accident that Bob Kolve left his Washington State home and traveled over 300 miles to New York to record this album. He was seeking the best sound, musicianship and creative atmosphere to formularize his unique style. Having recorded at Demo-Vox Sound Studio in Brooklyn in 1979, he returned where he could work undisturbed with engineer/producter Frank Grassi. But, unlike their earlier efforts "Dreams" and "Neptune's Sea", a new dimension to Bob's talent evolved when writer Jim Hayden and arranger/writer Tony Kessier joined the creative team with some exciting material.

What emerges on this record is a new blend of simple country rock stirring ballads, and slick, sophisticated jazz-rock. This work then is a fusion of Bob's personal tastes and the "New York Influence". Predictable... NO. Exciting and Entertaining... DEFINITELY!

Now back in the "Evergreen State", Bob is receiving enthusiastic reviews in the many clubs and lounges where he appears.

In an age of inflation, poor record sales due in large part to disappointing music, and pessimism about the future, we invite you to take this album home... it's the kind of album you used to buy... and it's just to "Chase Your Clouds Away". 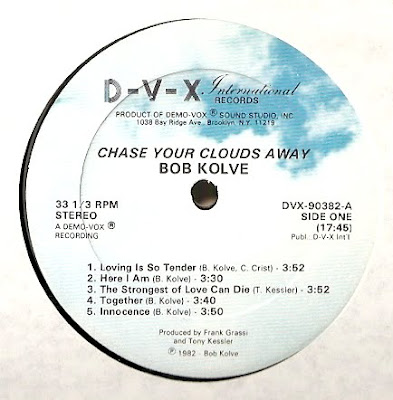 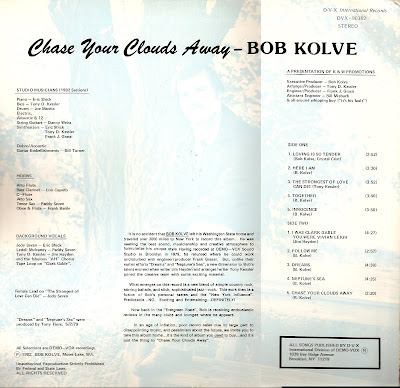 From Mike Musiclover
"Neptune's Sea" song is Highly recommended for me.
But really I don't like this lp. Maybe you find it more interesting by me .
Anyway as this is very rare , here is your chance to listen before starting to search for this.