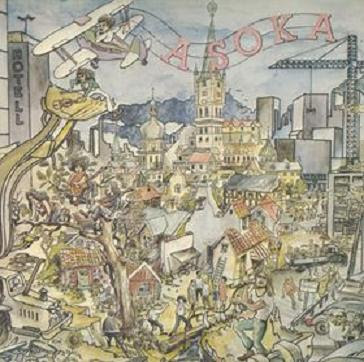 From Scented Gardens Of The Mind
Asoka from Malmö were formed by the remnants of the excellent Taste Of Blues. This background was just detectable, as Asoka headed in a hard rock direction with loud guitar riffs augmented by hammond organ and eager percussion. They also had a decent vocalist, offering hilarious lyrics (in Swedish). Some tracks contained a kind of 'Latin funk' similar to the early Santana and Kvartetten Som Sprängde. Critical listeners will spot a lack of originality but nonetheless acknowledge the musical prowess of the players. Claes Ericsson and Robban Larsson later made two albums with the jazz-rock group Lotus. Back in 1971.
Discography:
1.Asoka - Same 1971
2.Asoka - Takes off 2005 (unrealised tracks)

From Mike Musiclover
Claes & Patrik Ericson, there was members also on Tast Off Blues group (Sweden 1969) 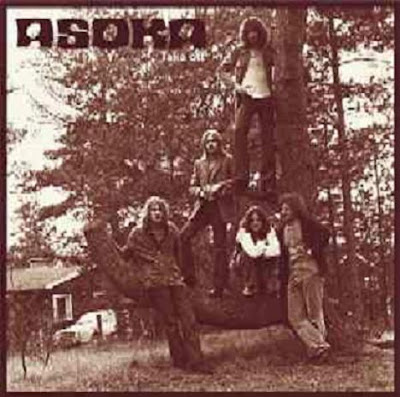