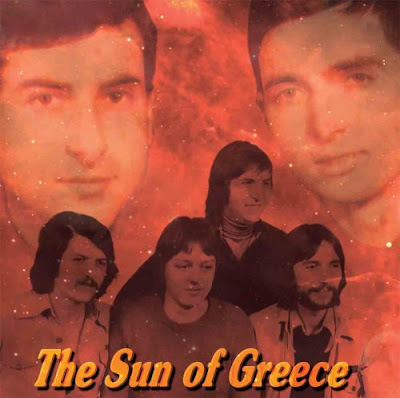 SUN OF GREECE is one of the best kept secrets of the early 70s Greek psychedelic era. Their music is perfectly comparable with SOCRATES and FOUR LEVELS OF EXISTENCE with excellent hard psychedelic progressive sound, great fuzz guitars and hammond organ.
The band was formed in Germany by three Greek expatriates and one German in 1972. Original Greek lyrics were written during military service under dictatorship in the early 70s.
After the fall of the military junta, the band returned to Greece and released privately one of the rarest Greek singles ever, the holy grail for collectors of 70s Greek psychedelic progressive music. At the same time, they recorded several other songs, which were supposed to become their first album, but remained totally unreleased until today. 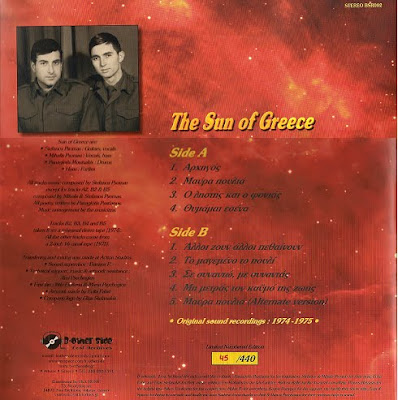 This compilation presents for the first time ever these songs and their rare single, i.e. everything that has been recorded by SUN OF GREECE between 1972 and 1975, 9 tracks in total