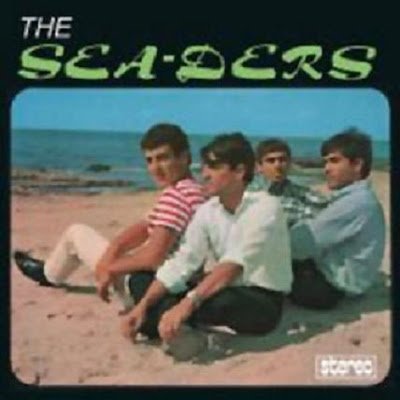 From the mid to late sixties, quite a good number of bands were borrowing elements of Eastern music to add a little mystery and exotica to their sound. Some examples of this trend include the Kinks' '' See my friends'' , the Beatles' '' Norwegian wood'' , the Byrds' '' Eight miles high'' or the Rolling Stones' '' Paint it black'' . Less known than the aforementioned acts, but acknowledged in some circles as masters of the form were the Cedars (also known as Sea- ders). Only, for them it wasn't a case of flirting with foreign culture - they tapped right into the source in their own backyard. Formed in Beirut, Lebanon, around 1964 and originally known as the Top 5, by 1966 they became the Sea- ders (or Cedars!), and recorded a total of 10 tracks until their end in 1968. Two of them were never released, and unavailable. The other eight are now here altogether for the first time, with great remastered sound. The blend of occidental and Eastern music that they delivered is simply amazing.....the classic '' For your information'' (big hit in Turkey at the time as well) is astounding , so are some others as '' Thanks a lot'' or '' Hide if you want to hide'' 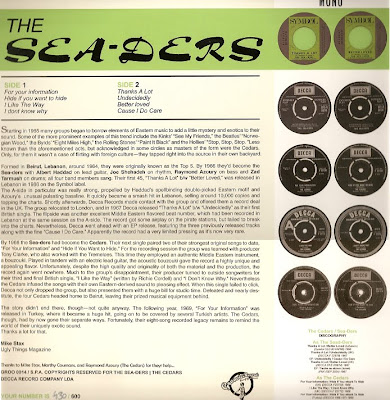