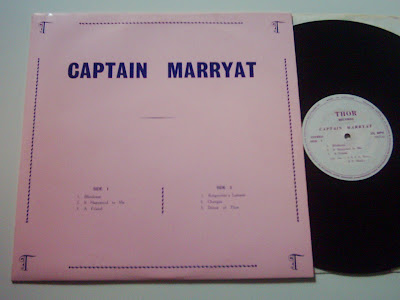 Captain Marryat are from Glasgow, Scotland and recorded this demo album in 1974, released in a tiny pressing on the Thor label, hopefully to get an EMI or Chrysalis deal.
They wanted to record only a single but came up with a complete album of self-composed tracks. Since it was not that easy for a Scottish band to get attention down in London, this album was the only pressing ever done and sold at band gigs only.
5 musicians, great organ, vocals, extra heavy fuzz-guitar, drums and bass, amazing underground songs, influenced by Deep Purple, Uriah Heep and Beggars Opera, a true lost classic. 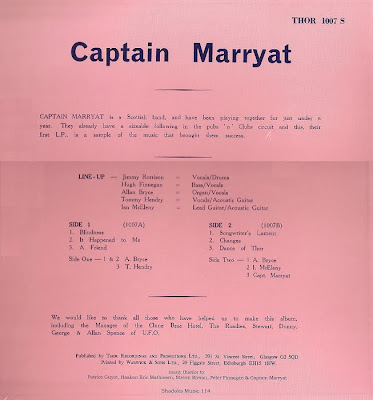