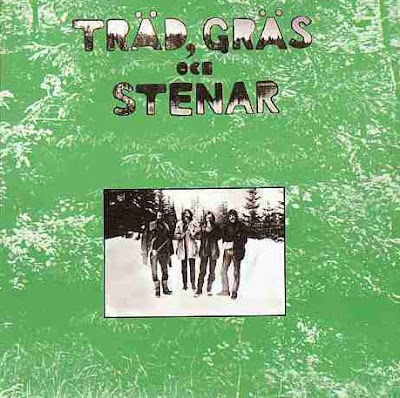 From Scented Gardens of the Mind

This is the last part in a story that started with Mecki Mark Men and (International) Harvester. Their new name meant Trees, Grass & Stones (symbolising their earthbound music), in case you didn't know.

Much the same way that Grateful Dead would eventually return to their country roots, these Swedes did the same, discovering the value of their ancestor's folk music and Swedish landscapes. TGS combined this with a do-it-yourself attitude, that anyone could start playing in a rock group which inspired a whole new generation of Swedish groups. Their music in itself wasn't fantastic when analysed in a scientific way. It was played from the heart: "false notes doesn't matter, it's the spirit and joy of performing that counts!". TGS took part in the planning of the Swedish version of Woodstock, the Gardet festivals (situated in a green area in the outskirts of Stockholm). The first of these was arranged from 12-14 June 1970 (where TGS was the opening act), and was the first public appearance of many groups from the underground movement and also giving birth to the independent label Silence. Later festivals were held from 20-23 August in 1970 and 1971. TGS's first album included cover versions of "Satisfaction" and "All Along The Watchtower" coupled with Swedish folk music and even a couple of reasonably coherent original tracks: "The Silver River Of Truth" and "The Black Pearl", musically these represented the band at their best.

Rock For Kropp Och Sjal included one of their signature songs, "In Kommer Gosta" (written by Philemon Arthur & The Dung).

The title track (rock for body and soul) lasted for 25 minutes, but mainly repeated the same groove all the time, much like a mantra. Generally, this album was less effective than their first. Thomas Gartz later became a member of Arbete & Fritid. 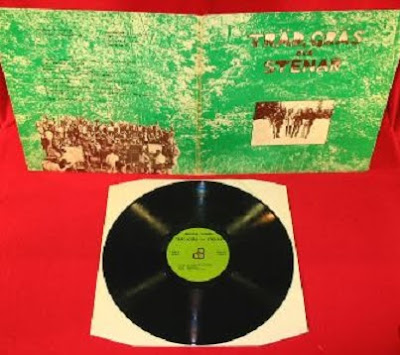