JARDINE - LOOK IN THE WINDOW 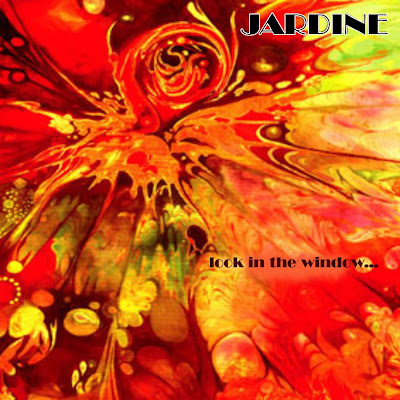 A totally unreleased album from 1969. This Birmingham based and Velvett Fogg connected “underground” quartet, recorded an album back in 1969 which was intended to be released by Polydor UK. That never happened and the material shelved. Finaly release in vinyl for the first time at 2008

Keith Law, has composed over 500 songs
including, Yellow Cave Woman,
Within' The Night and Once Among The Trees
on the highly collectable, 1969 Velvett Fogg album.
He has also written all the songs, and performs
on the Jardine album released January 2008

The Williamsons (1965/66)
Keith Law was Lead Guitarist/Vocalist, with The Williamsons
which featured lead vocalist, and blues harp player, Bill Spilsbury.
Alan Blunt and Anthony Basterfield.
The band were a highly respected blues band from Great Barr, Birmingham.
Their gigs included, The Macabre, Casa Bambu,the West Bromwich blues club.
The Stork Club, Walsall Casino, where they were often, the main band or,
support to the more well known bands at that time, including ,
The Moody Blues'. The Williamsons, supported the legendary Blues Artist
'Sonny Boy Williamson' when he appeared
at the Whiskey Go Go, in Birmingham,
in the late 60's. Hence the dedicated name

Love and Understanding (1967/68)
Walsall based group, formed as a vehicle for songwriter
Keith Law,and performed only original songs, written by Keith..
Keith and the band, which included,Martin Hall, lead guitar/vocals,
Eric Timmins, Bass/Vocals, and Roy Knight on drums
were signed to F.P. Enterprises,
and were managed by Chas Peate,
Chas was to become Keith's publisher, Belsize Music
and would subsequently, publish Keith's Velvett Fogg songs Love and Understanding
performed at Schools, Colleges and Universities,
undertaking a six week University tour in '68.


Paint (1968)
Keith Law along with Mickey Cox (former member)
and Harold Barber (former roadie)
of Robert Plant's band 'The Band of Joy
formed Paint,when Robert left to join Led Zeppelin. The band, which also included John Jevons, ex. Hush on bass,
and Harold Barber on drums, performed original songs,
including the songs Keith wrote for Velvett Fogg
These original songs were mixed with well known, R&B, and Blues.
The band appeared at Schools, colleges, US and RAF bases,
often as the main band, and also, as support to bands, at that time, such as ' Slade '
Paint were regulars at well known local venues, such as
The Golden Eagle, Birmingham, Ship and Rainbow,
Hen and Chickens,Woolpack,and Catacombs, Wolverhampton,
The Plazas, and The George Hotel, Walsall.
The band at one time continued as a trio


Jardine (1969)
Keith Law, along with Mickey Cox had recently
disbanded Paint their previous band
formed Jardine, in the Winter of 1968/69
Keith wanted a more earthy psychedelic sound, Keith Law, who wrote all the band's original songs
shared the vocals, and also played second guitar, and flute Mickey Cox was the vocalist and lead guitar
and was previously with Led Zeppelin's
Robert Plant's, Band of Joy .Colin Appleyard was on drums, and Brian Urquart on Bass.The band's show was a mix of blues classics
and original songs, penned by Keith
They were written about the same time as those
on the well known Velvett Fogg album
so possess the same air of psych Keith Law mystery! The band played Universities, Colleges and schools
and the occasional open-air concert . In June 1969, ,Jardine recorded and album in London
which was never released, until now!
During the recording sessions many musicians,
some famous, would come and join in.
They were,Peter Frampton singer, ex’ The Herd
and then an international pop star
Andrew Bown ex The Herd who formed the Andrew Bown Set,
and is now keyboard player with Status Quo,
Michael Berg, keyboard player and engineer.
Brian Appleyard, Drummer
ex East of Eden"They're on the recordings somewhere
but can't remember where!"- Keith Law .With the recent resurgence of Psychedelic music
and in particular the ever growing popularity of Velvett Fogg
Demand for songs by Keith Law has increased enormously!.Keith found the 'lost' tape, in his garage attic! 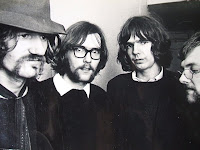 Still in perfect condition, and still to tell the story! So 40 years later, here is Jardine
and their music, that has been in the garage, for far to long!

Velvett Fogg (1969)
Keith Law, was approached for original material for Velvett Fogg, who were formed in 1968 out of a respectable Brum band called Gravy Train.
The initial line-up of Velvett Fogg featured guitarist Tony Iommi
(later to make the big time with Black Sabbath).
The other band members were drummer Graham Mullett,
bass guitarist Mick Pollard, and Londoner Frank Wilson
who played Hammond organ. The band was soon off to Germany.
Their exciting stage act included a light show and a go-go dancer.
Upon returning to Birmingham, the band, was given a record deal by
Jack Dorsey of Pye Records.
At this time it seemed that the more unusual or controversial a band was,
then the greater chance there would be for success in the record business.
The record label was looking to sign unusual "underground" acts and
Velvett Fogg were told to, in Jack Dorsey's words,
"develop an image that would make people think you would piss on the pope"
Material for the Velvett Fogg album would be supplied by local
songwriter/guitarist Keith Law who became a friend of the band.
Keith takes up the story; "I was in the Rum Runner one night,
when someone told me that Velvett Fogg were looking
for new material, and they introduced me to them.
I arranged to meet them at their rehearsal place, Langley Baths.
I went along the next day, and went through the following songs with them:
Yellow Cave Woman, Once Among The Trees,
and Within' The Night and that was it!
The next couple of days, they were in London recording"
Velvett Fogg's self-titled album was released on the Pye label
in January of 1969. Despite what some may have thought, the album stands up as
a fine example of late 1960s British psychedelia. As well as the
previously mentioned covers, original compositions such as
Yellow Cave Woman, Once Among The Trees,
Within' The Night are hypnotic if not compelling.. By far the most controversial feature of the ,Velvett Fogg
album was the record cover. It displayed the band wearing garish make-up/body-paint and costume but also included two well-endowed
young women wearing nothing but strategically applied body paint! This politically-incorrect package was accompanied by a typically obscure
sleeve note by the influential U.K. disc jockey
John Peel who commented
"There is a lot of good music on this record.
Remember Velvett Fogg - you will hear the name again." During the years since Velvett Fogg's demise,
demand amongst collectors for copies of their (now very rare) album
has increased considerably.
. 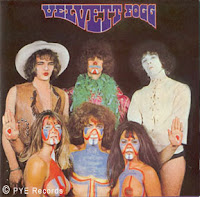