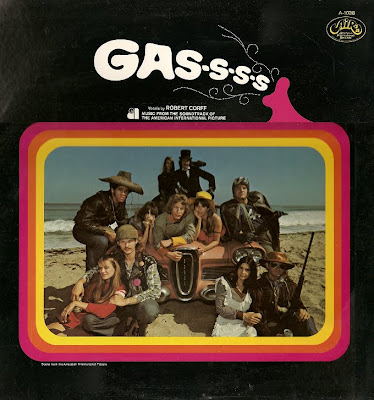 1970 Original Soundtrack LP Released on American Int. Records # A-1038 (stereo).
Featuring Songs by:
Robert Corff
The Gormet's Delight(Joy of Cooking) and
Johnny & The Tornados(Country Joe & the Fish without Joe).

According to COUNTRY JOE McDONALD (as written by him on his web site) this album contains possibly the rarest FISH stuff not only because of “Barry’s Caviar Jam” (here entitled “Gas Man”).

GAS-S-s! is a hilarious hippie movie where people above 30 are all killed by a gas...
The LP contains songs by JOY OF COOKING under the name of GOURMET’S DELIGHT, and the FISH without Joe (but he contributes compositions) under the name JOHNNY & THE TORNADOS. Most of them feature the main actor from the movie as lead singer, a certain ROBERT CORFF (formerly a member of THE PURPLE GANG). Some of the tunes are instrumentals . 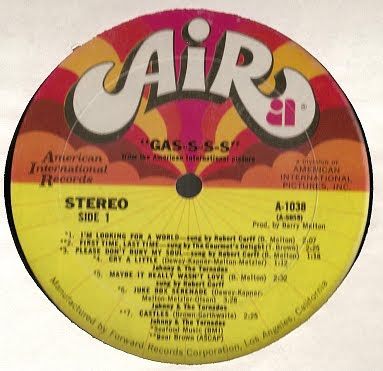 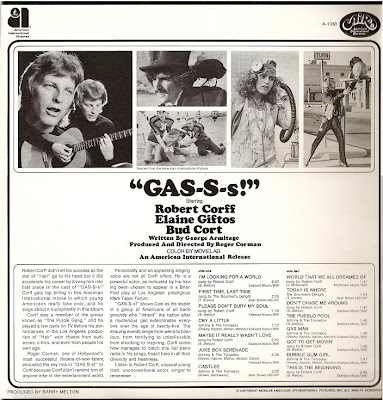 The Movie
They used to say "don't trust anyone over 30," but there's no one over 30 left to distrust in this loosely plotted satirical comedy directed by Roger Corman. During the opening ceremonies for a chemical and biological weapons facility in Alaska, an experimental gas is accidentally released which has an unusual effect — it rapidly advances the aging process of those over 25, while those under 25 are left untouched. Soon, the world's elders are dead, with the planet left to the youth. Wisecracking hippy Coel (Robert Corff) and his girlfriend, Cilla (Elaine Giftos), discover that rookie cops and conservative frat rats have taken over their hometown of Dallas, TX, so they hit the road in his vintage Ford Edsel in search of a friendly commune in New Mexico. Along the way, they pair up with music-obsessed Marissa and her radical boyfriend, Carlos (Ben Vereen), and as they look for their new home, they encounter Hell's Angels-turned-country club members, a neo-fascist football team, a pack of painfully shy would-be sexual predators, rock star and self-proclaimed "godhead" A.M. Radio (Country Joe McDonald), and Edgar Allen Poe (Bruce Karcher), who roams the highways on his motorcycle. 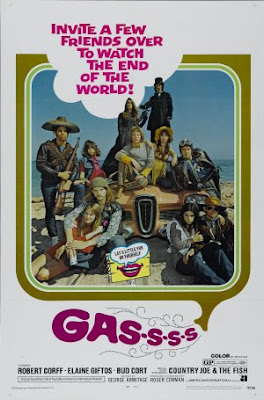 Gas-S-S-S! (aka Gas-s-s-s...or, It May Become Necessary to Destroy the World in Order to Save It) proved to be the last of Roger Corman's many projects for American International Pictures; according to Corman, AIP subjected the film to severe prerelease cutting without his consent, and the interference was one of the factors that inspired him to start his own company, New World Pictures. 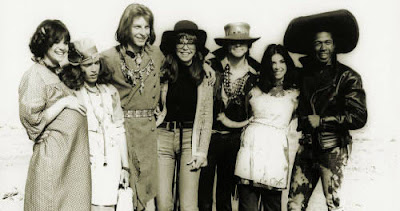