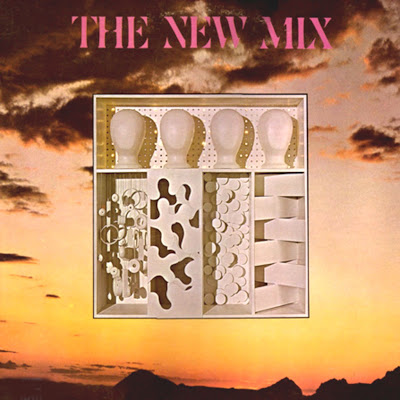 I'll copy what the book "Fuzz Acid & Flowers" says about this underated psychedelic / psych pop masterpiece: "A fresh sounding psychedelic pop rock album. The opening cut, "While We Waited" has a melodramatic intro and wailing guitar, but for most part the album consists of pleasing vocal harmonies and nicely blended keyboards. The music is quite Beatle-ish at times, particulary on Side Two". 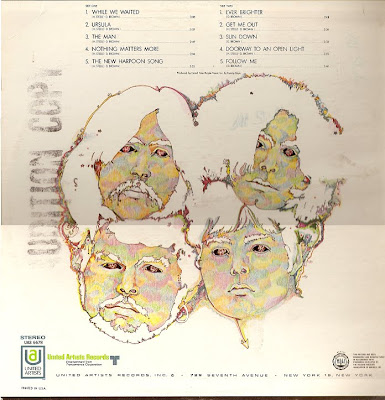 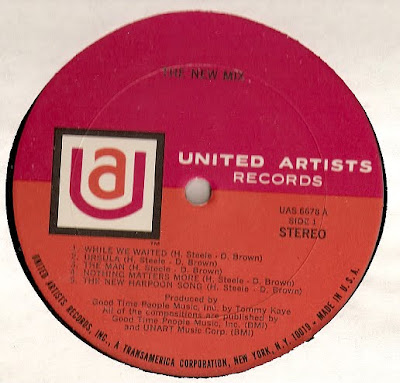 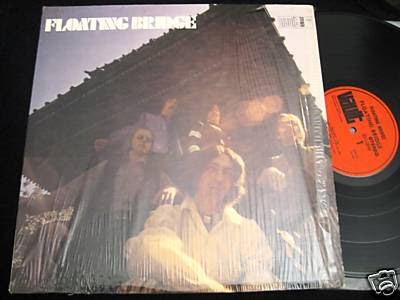 FROM ACID ARCHIVES This hard rock album has a few really killer tunes mixed in with pedestrian heavy blues and two long instrumentals (both are covers of well-known 60s songs, where the chord progressions are used as a basis for jamming. Different idea, but the jams are only OK). Overall it's a really patchy album but is recommended to hard rock fans for the good songs. The UK version apparently has two songs that are not on the US version and vice versa. The Japanese press has the same songs as the US press and is on blood-red vinyl. [AM]
~~~
A standard mix of originals and popular covers, but the results sported a distinctively heavy, Hendrix-inspired sound. Propelled by Gossan's likeable voice and Dangel and Johansen's twin leads extended guitar rave-ups like "Crackpot" and their Byrds/Stones instrumental medley should strike a chord with the two hard rock fans out there reading this. Elsewhere another "Hey Jude" cover wouldn't have sounded like the year's most imaginative move, but these guys managed to pull it off. Envision the song redone as an instrumental with a heavy edge that would have sounded good on an early Allman Brothers album... In fact the only real disappointment is the routine bluesy closer "Gonna' Lay Down 'n Die". Much better than the standard references would have you think, and surprisingly hard to find in decent shape. [SB] 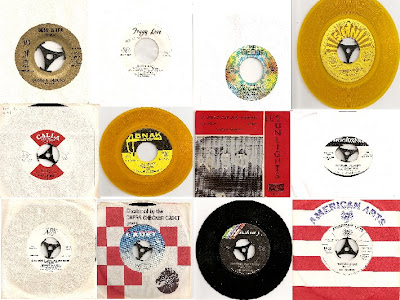 All stuffs here , are Non LP Tracks !! Maybe some artists/groups have LP's discography . But the tracks that I present here , aren't included in lp !! In some cases you can find some of these, in Various Artists Collections or Best of etc.

Beau Allen - Georgia Ground USA
Dale Kahr & Christy Boughn - Black is Black USA
Johnny Thunder - I'm Alive USA
Jon & Robin and The In Crowd - Love Me Baby USA
Les Sunlight - Gadget suspect FRANCE
Rojay Gotee - -She Don't Love Me Anymore USA
The Feathers - Tryin' To Get To You USA
The Gentrys - Goddess of Love USA
The Loved Ones - Together , Together USA
The Shades - Ballot Bachs USA
The Sparkles - Something That You Said USA
The Talismen - Casting My Spell USA
The Talismen - Masters of War USA 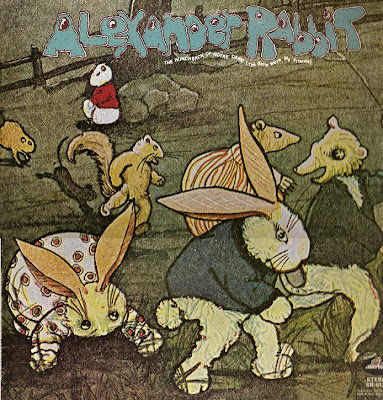 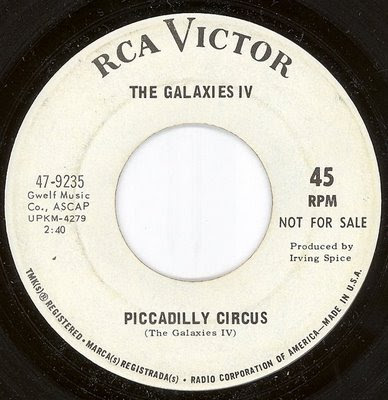 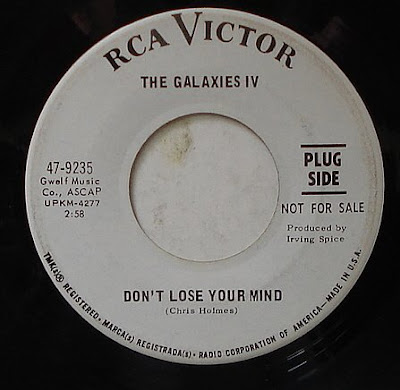 The Galaxies IV ,(New Jersey Group) made 3 45's :
Let Me Hear You Say Yeah/ Till Then You'll Cry ,VEEP 1966
Don't Let Love Look Back/?? ,MOHAWK 1966
Piccadilly Circus / I'm Goin' For Myself, MOHAWK 1966
At 1967 RCA realise one more single contain the Piccadilly Circus (again) and the Don't Lose Your Mind on the flip side . Piccadilly Circus/Don't Lose Your Mind it's the best effort from Galaxies IV.
The line up is : CHARLES BRODOWICZ keybords vocal, LEN DEMSKI bass vocals, ALAN FOWLER drums, CHRIS HOLMES (DUKE WILLIAMS) guitar vocals. T.J TINDALL was also an early memeber -he later resurfaced in EDISON ELECTRIC BAND. Then they added a lead vocalist STEVE SHIER & changed names briefly to Galaxies V & then to Alexander Rabbit .As Alexander Rabbit realise 1 45' & 1 lp for Mercury at 1970.The tracks from the single (The Hunchback of Notre Dame part 1 & part 2) there are in LP as one track. 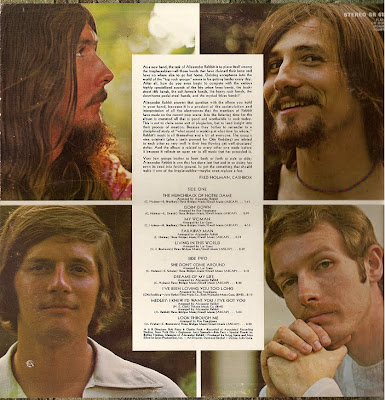 But there is also another one 45 (from the AM) as Alexander Rabbit !!! I thing is the same group as far as I know!! These 2 tracks ( I Din't Even Thank Her/ Malaguena) not included in the Mercury LP .As far as I know ,the AM single realise as promo only.
The download link offer you....The artwork, the single Piccadilly Circus/Don't Lose Your Mind on RCA from Galaxies IV ,the Alexander Rabit's only LP, & the non LP single from AM 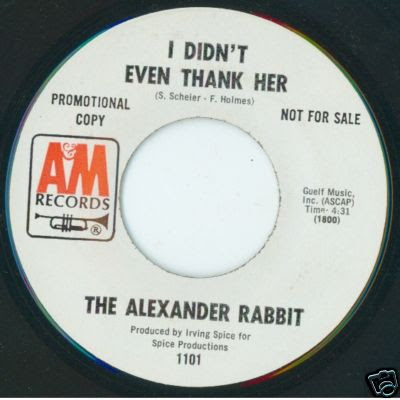 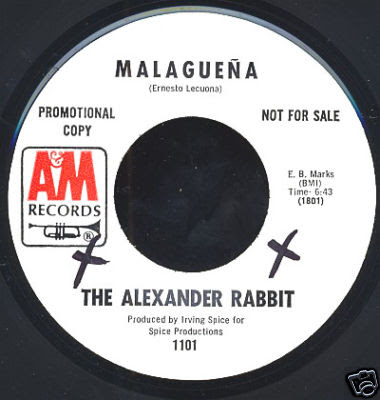 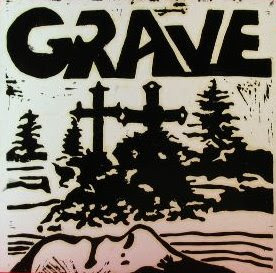 original 100copies some with diffrent cover


The one and only album by Grave was recorded in 1975 in Jugendhaus Brinkum near Bremen by most simple techniques. Although remarkable, you may criticize the unprofessional recording techniques.A very amateurish recording where only two microphones were used. No hifi. The original album is one of the most expensive in Germany. From the area of Bremen near the North Sea coast. In my opinion the soundrecording is like the first lp of ULTIMATE SPINACH ! Just we going into a studio to play music & nothing else..Then , WE TAKES HEADS FOR THE NEXT 30 YEARS!!!!!! 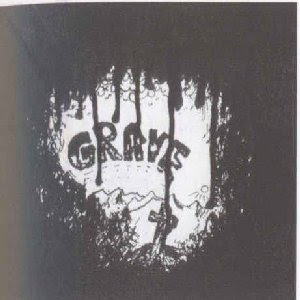 The music is progressive-undergound with heavy and melodic parts .I can't rate this lp !! Because , is one of my 10 fave records from germany !! 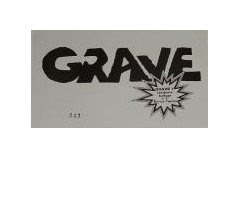 All stuffs here , are Non LP Tracks !! Maybe some artists/groups have LP's discography . But the tracks that I present here , aren't included in lp !! In some cases you can find some of these, in Various Artists Collections or Best of etc.