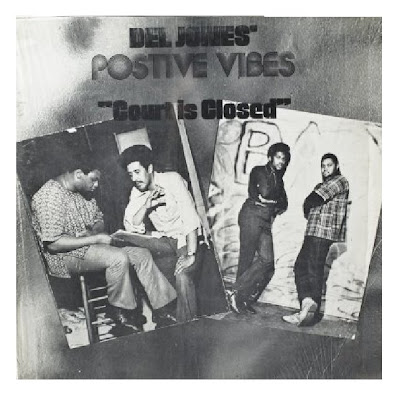 "Court is Closed" 1973 (Hikeka) [first 'psych' mix; group photo cover]
"Court is Closed" 1973 (Hikeka) [second 'soul' mix; Africa map cover]
"Court is Closed" 1999 (Loopden 2P-001) ['psych' mix; insert]
The first version of this album (sans the overdubbed horns of the second pressing) is a great document of true inner city grit. While the anger is surprisingly subdued, these guys obviously know the down and dirty life of which they sing. Despite all of the lyrics about drugs and being put down by the man, there’s an essentially positive message here. A few of the songs stretch out into long jams that build in intensity and really stand up well to multiple listens. There’s a lack of real “singing” here, with most of the stories being told in a kind of matter-of-fact sing-speak, and the few times real melodies break out make you wish there were more. Nonetheless, this is a killer LP: powerful, memorable, uncompromising and full of life, and it doesn’t sound like any soul/funk album you’ve heard. If "Maggot Brain" is "Superfly", this is "Sweet Sweetback's Badasssss Song". [AM] 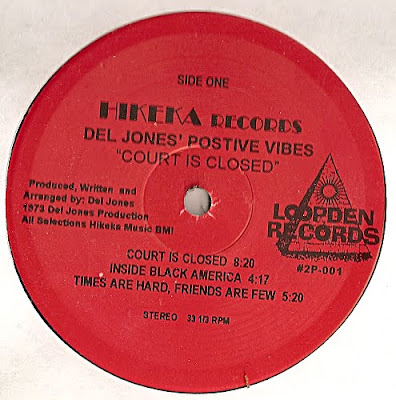 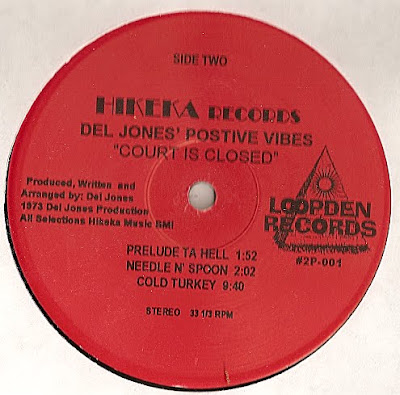 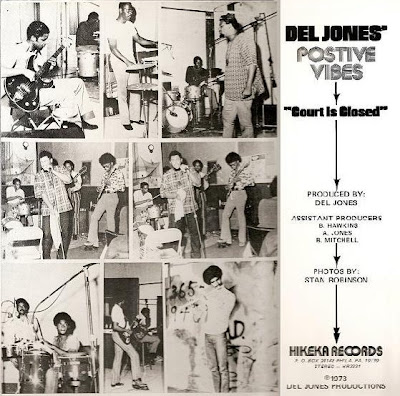 Extraordinary eyewitness report from the Philly ghettoes surprisingly packaged in a non-aggressive funk/jam rock grooooooove that surpasses pretty much everything else in the genre, especially the opening title track with a westcoast jazzrock feel that just kills. Supported by the best housing project funk band anywhere Del Jones raps about the terrifying state of America '73, while the flipside deals directly with heroin use and how to get out of it. One of the top funkrock LPs ever, blows most of your starry-eyed white-boy psych LPs away. Del Jones is still active in the African-American cause as evident from the insert he penned for the honkie reissue. "You've got to liquidate your assets". [PL]
TRACK LIST
1.COURT IS CLOSED
2.INSIDE BLACK AMERICA
3.TIMES ARE HARD FRIENDS ARE FEW
4.PRELUDE TA HELL
5.NEEDLE N' SPOON
6.COLD TURKEY