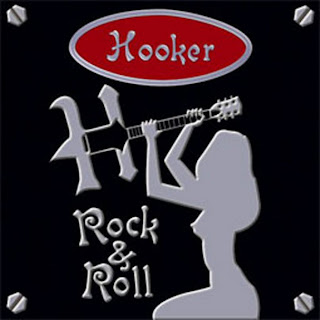 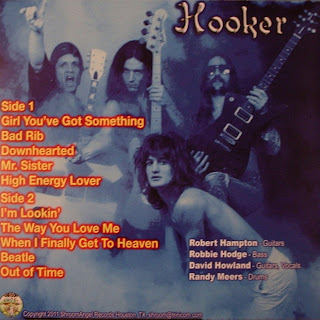 Hooker had been around in various configurations since 1972. First recordings began in 1974 at Rampart Studios under the direction of studio engineer Jeff Wells. Those early demos featured Hooker as a three piece hard rock/blues rock band, it wasnt until later that they began to take a decidedly heavier approach in sound and style. With the addition of Robert Hampton in place of Tim Cannon on lead/rhythm guitar, the band began to find their direction and hit the clubs hard. Influenced by bands such as Tin House, Ted Nugent, and Black Oak Arkansas, Hooker had it all on stage - flash, great songs, lots of groupies, and of course all the best drugs! Well, that couldnt last, and the band called it a day in 1983 when the lifestyle finally caught up to David Howland. The other members soldiered on in various reconstructed versions of Hooker, with varying degrees of success. The short lived post Hooker band Stallions was a highlight, with all the same elements of Hooker including three of the four members. Eventually, David would rejoin the band and Stallions became Hooker for all intents and purposes. Unfortunately, the music world had changed too dramatically since the days when a band could play the kind of loud, aggressive, dual guitar riff-rock that Hooker so convincingly played. This record represents the pinnacle of the band, the long lost 1978 Inergi Studios recordings that never saw official release all those years ago.