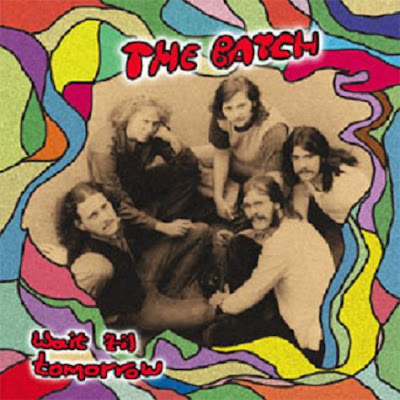 The Minnesota music scene of the 60’s was an exciting and vibrant time. Barry Thomas Goldberg and Gary Paulak started their first band, “The Shambles”, as teenagers in 1966. That year they had their first recording session at the legendary Dove Studios in Bloomington, Minnesota. Peter Steinberg (“Flight Reaction”, Calico Wall) and Dale Menten (“Run, Run, Run”, The Gestures), of Candy Floss Productions, were very impressed with Goldberg and Paulak’s writing talents and made them partners in the original writing and producing team of Candy Floss Productions. Candy Floss had many regional and national releases. The Batch rose from the ashes of Candy Floss and consisted of Barry Thomas Goldberg, Gary Paulak, Arne Fogel, Jay Lee and Whip Lane. The Batch continued recording many hours worth of material in various Twin Cities’ studios but only released one single, “Golden Sun/Hot Summer Nights” (Groove Soup, 1972; Unfortunately, only a handful of these 45s still exist).
The Batch called it quits after years of being on the road touring Mid-America. But these are the raw and vital recordings of a band at the very moment of finding their freedom and independence. This special limited vinyl edition contains priceless rarities for collectors of 60’s and early 70’s Mid-American Rock ‘n’ Roll. Some months ago, The Batch released 21 previously unreleased songs through their own HIJ/BECCA label (which we proudly distribute in Europe) in a CD with the title "Transistor". From all those songs their more psychedelic efforts, present in this 11-track limited vinyl edition. 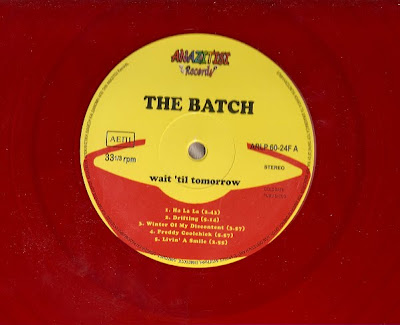 All of the tracks recorded between 1968 and early 1970 and were home-recordings made on 2-tracks tape-recorders. All of the included songs have been remastered and carefuly restored by the original master-tapes (some also have the original song-length and different mixing) and have a much much better audible result than the "Transistor" CD. From the garage-pop tune of "Ha la la" to the mind-blowing psychedelic "Drifting", from the acid underground sounds of "Wait 'til tomorrow" to the heavy "Untangle your mind" and from the guitar-pyrotechnics of "Freedy Coolchick" to the Dead-like "So sad" this BATCH album is a must for every psychohead and soon it will find its place between the lost US psychedelic jewels. 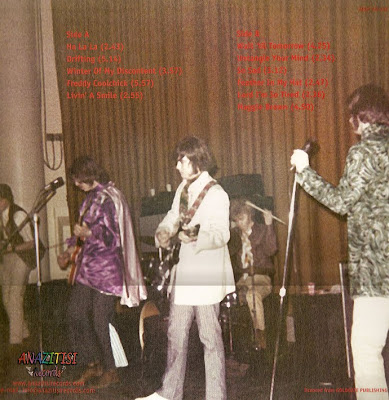