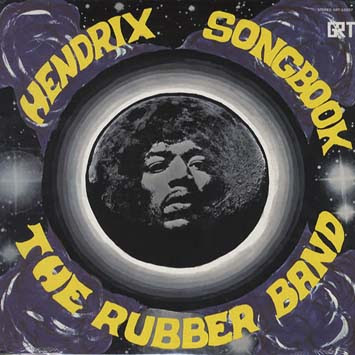 The Rubber Band was an L.A. based studio group . A Michael Loyd creation it actually consisted of the same personnel as THE SMOKE . All 5 of their albums comprised cover versions of some of the original artists best known songs , though tucked away on the HENDRIX SONGBOOK is a Michael Lloyd composition RUBBER JAM . The Music style is groovin with sax & flute . Totaly NOT Hendrix style, NOT neo classical orchestrations ! I like experiments like this ... 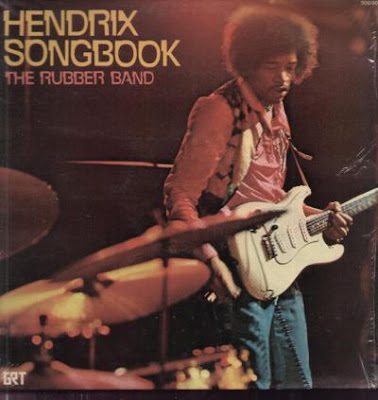 
I Don't Know Why Love So Much This LP !!
Download Link 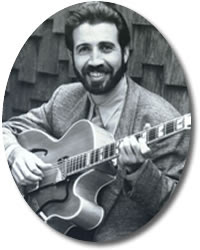 From http://www.melbay.com/
After recording "The Smoke" album for Capitol Records and traveling on the road with The West Coast Pop Art Experimental Band (Reprise Records), Stan Ayeroff studied composition at the California Institute of the Arts and classical guitar at California State University Northridge. During that time he played guitar with the group Delbert and Glen, legendary Texas R&B pioneer Delbert McClinton (he taught John Lennon to play harmonica) and Glen Clark (Kris Kristofferson, Bonnie Raitt).

In 1971 Stan was a founding member of The Mystic Knights of the Oingo Boingo (later shortened to Oingo Boingo and then to Boingo). He started performing the music of Django Reinhardt with this surrealistic theatre group.

Pursuing his interest in jazz of the 30's and 40's, Stan became the leader of an eleven-piece new swing band called "Dr. Jazz" and wrote books on pioneer guitarists Django Reinhardt and Charlie Christian as well as clarinetist Benny Goodman for the Jazz Masters series published by the Music Sales Corporation. Later Stan became a specialist in solo guitar playing and wrote 6 books for Warner Bros. Publications. Among them are Play It Again, Stan, Cavatina & 20 Movie Themes For Solo Guitar and The Best of Gershwin, contributing to the solo guitar repertoire.

Stan served as Orchestral Supervisor for Rod Stewart's 1993-94 World Tour and The Page/Plant (Led Zeppelin) 1994-95 World Tour and conducted Heart's concert video The Road Back Home on Capitol Records. Recently he was musical director for a project featuring Roger Daltry of The Who.

Stan continue to freelance as an arranger, composer and guitarist. He is married to Leslie Lashinsky, a bassoonist and multi-media artist. Their greatest production is Zander Raphael Ayeroff, born January 29, 1996.

While studying composition at California Institute of the Arts, Stan fell in love with swing music, especially Django Reinhardt and the Hot Club of France. During the 70’s and 80’s Stan led several swing bands and wrote books on Django, Charlie Christian and Benny Goodman. He performed with Texas R&B singer Delbert McClinton and became co-musical director (with Danny Elfman) of the original “Mystic Knights of the Oingo Boingo”, the notorious L.A. surrealistic musical theater group. Becoming arranger and guitarist for singer Vicki Carr became Stan’s antedote to the Avant- Garde.

An active songwriter and freelancer, Stan has continued to compose and perform for films, commercials, television and record dates. From 1994-1996 he served as Orchestral Supervisor for Rod Stewart, Page/Plant, The Who and Heart, also conducting a chamber orchestra for Heart’s video “The Road Home” on Capitol Records. Since 2002 Stan has been the musical director for a series of projects featuring Roger Daltry of The Who, and completed new, longer books on Django Reinhardt and Charlie Christian for Mel Bay Publications.

In 2005 on the reccommendation of Ry Cooder , Stan was enlisted by drummer Jim Keltner to create a “Djangoesque” jingle for U.S. Healthcare. Stan assembled his musical dream team of violinist Sid Page, woodwind player Dan Higgins, bassist Dave Stone and percussionist Brad Dutz and the group “Snapdaddys” was born. Leslie joined in on bassoon for the track “Emily Jo”. Their instrumental CD “Snapdaddys” is available at the Dream Store.

For many years Stan has serenaded the stars on and off camera, once upon a time inspiring Sean Connery and Sophia Loren to dance to his solo guitar playing. Stan’s career came full circle when he returned to a Malibu beach to play ukelele for Jamie Lee Curtis in the movie “House Arrest”.